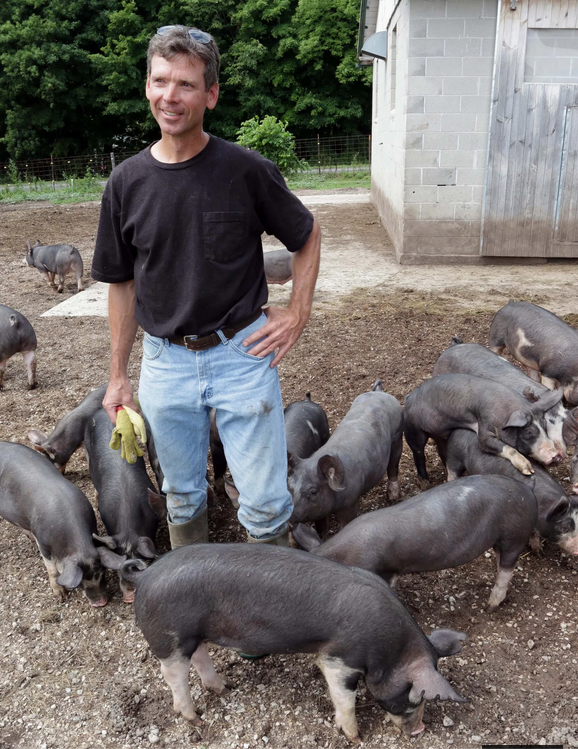 Join us for a webinar with Steve Deibele on Wednesday, July 21st at 12pm CST.

Steve Deibele was raised in rural Wisconsin. He had a life long fascination with math, science, the outdoors and animals. After several careers in manufacturing and engineering, for the past 18 years, Steve finally pursued his interests in the outdoors, animals and the environment with his wife Marie. Their Golden Bear Farm, was established in 2001, and is a small diversified pasture-based organic livestock farm in eastern Wisconsin, producing Berkshire pigs, 100% grass-fed beef cattle, meat chickens, a few horses and lots of cats.

Marketing foods (meats, fruits and vegetables) through a producer cooperative involves numerous considerations. Whether at startup phase or in a firmly established phase, the intention of a co-op is to add synergy and value to all stakeholders. The trials, tribulations and successes of a startup producer co-op heavily involved in multiple food categories, including the effects of COVID19, are discussed. These experiences can be meaningfully compared and extrapolated for well-established meat cooperatives that operate in the dynamically changing economic environments like those found nowadays. Comments on synergies with meats, fruits and vegetables within a single cooperative are also offered.