Board of Directors and Staff

The commitment, vision and dedication of our volunteer board members are invaluable to growing and strengthening the organic movement in Iowa.  Thank you for sharing your time, talents and commitment to growing awareness and support for organic production and practices.

If you or someone you know is interested in serving on the IOA board and representing organic interests in your community and for Iowa – please email Roz for more information. 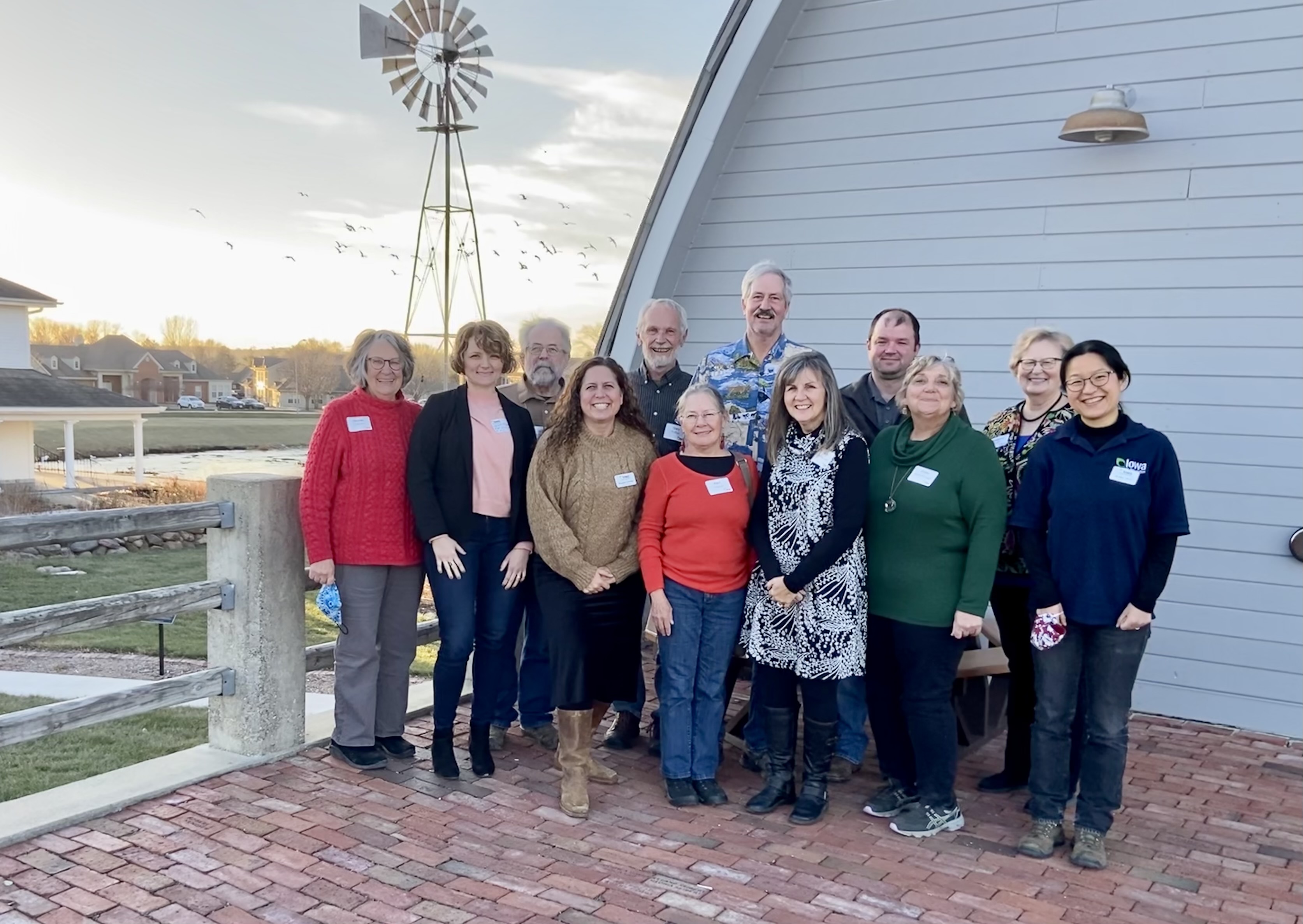 Dr. Margaret Smith, President, Harlan
Margaret co-manages a 600 acre organic grain, forage, and livestock farm near Hampton with her husband, Doug.  She also works as an agronomist for Albert Lea Seed to market organic and non-GMO seed.  Prior to moving to Albert Lea Seed in 2018, she worked for Iowa State University as a Value Added Agriculture Extension Specialist for over 25 years. Her education includes a Masters from Iowa State in Crop Production & Physiology and a PhD from the University of Wisconsin-Madison in Crop Ecology & Production. Margaret has been involved in a variety of projects from working with African farmers in Uganda and Swaziland, Annie's project, course development and on-farm research.

Jack Knight, Vice President, Luana
Jack grew up in Postville, IA working with his father in the farm co-op. Jack is a University of Northern Iowa graduate in sociology. After a career in many aspects of farming, horticulture, and forestry, Jack became an NOP inspector in 1999 in the upper Midwest.  He sits on six county and regional boards and three non-profit boards, including work as a soil and water commissioner in Allamakee County.

Cindy was raised in Cedar Rapids, Iowa with family roots in the Fayette area. She attended Iowa State University, where she graduated with a degree in Animal Science with an emphasis in Business. After time in the pharmaceutical industry, she moved to the human health and management. Cindy and her husband have brought up two children in the Webster City area, where she manages a small farm with milking goats and a few chickens in addition to her primary business Bluestem Enterprises, an organic feed mill and warehouse. In addition to complete poultry and livestock feeds, she also sells organic seed.

Dr. Ai Wen, Secretary, Cedar Falls
Ai Wen grew up in the metropolitan area of Beijing, China. She moved to New Jersey for graduate school and received her Ph.D. in Ecology and Evolutionary Biology from Rutgers in 2010. Currently she is an adjunct professor at University of Northern Iowa in the field of conservation biology. Her research interests focus on wildlife in the agroecosystem.  Her specialty is on the interaction between wild animals and human in the agriculture landscape.

Scott Ausborn, Ida Grove
Scott grew up on a small diversified farm near Ida Grove, IA. Along with row crops, his family also raises beef cattle and sheep. Scott graduated from Iowa State University with a degree in Environmental Science, focusing on soil and water conservation. Scott became employed with Blue River Hybrids Organic Seed in the summer of 2008. He has held various job roles from inventory coordinator to regional sales management. He currently is the Business Development Manager for Blue River, working with organic producers across the nation.  Scott and his wife Melissa make their home in Ames, IA and enjoy fishing, camping, and various outdoor activities

Eric Madsen, Audubon
Eric lives in Audubon, IA and has been involved within organic agriculture for 20 years – as an organic farmer, organic seed dealer and by conducting organic product research with Practical Farmers of Iowa (PFI).  Currently, he is transitioning 240 acres for his own operation; and the family farm has been certified since 1998 and is either all organic or in transition.

Paul Mugge, Sutherland
Paul Mugge is an organic farmer as well as a winner of the Spencer Award and Master Researcher Award in Iowa.  He grew up on the farm where he now lives and works.  Paul attended Iowa State University and worked as an engineer before returning to the family farm in 1976.  He is a life-long environmentalist and his farm management has been a progression from conventional, to sustainable, to completely organic since 2001.  In addition to farming, Paul substitute teaches at a local high school and is active in his local church and many organic, sustainable ag and environmental organizations.  He has been married to Karen Mugge for over 40 years and has three children and seven grandchildren.

Mark Schuett, Cherokee
Mark and Julie Schuett founded American Natural Processors, LLC in 2000.  The Company began by processing organic and non-GMO soybeans without the use of chemicals or preservatives into high quality soybean meal and edible vegetable oil.  Since its inception, American Natural Processors has grown to be one of the largest organic ingredient processors in the U.S. with processing plants in Hartley, Cherokee, Galva and most recently Sioux City, Iowa. Today the Company processes a wide variety of organic grains and oil seeds including soybeans, canola, flax, hemp, pumpkin, sunflower and rice as well as complete organic livestock feeds.  Mark has served on the Iowa Organic Advisory Board and is currently president of the Natural Oilseed Crushers Association.

Growing up on an organic, urban farm in Falls Church, VA, Linda has seen organic as the way to farm since childhood. Linda completed a Bachelor of Science degree in biology and holds Master of Science degrees in forestry and agronomy from NC State and Texas A&M, respectively. As a Peace Corps Volunteer, Linda assisted Costa Rican coffee farmers in establishing apple orchards for diversifying their revenue streams. Linda speaks Spanish fluently and has worked with the North Carolina Department of Labor to ensure safe working and housing conditions for migrant farm workers. She also served as the Executive Director of Health for All, a free medical clinic in Bryan, Texas. After the birth of her second child, Linda dedicated herself to full-time homemaking for 15 years. Prior to moving to Iowa, Linda promoted organic methods for landscape management at Texas A&M University. Since October 2020, Linda has served as Research Technician at the Rodale Institute Midwest Organic Center in Marion, IA.